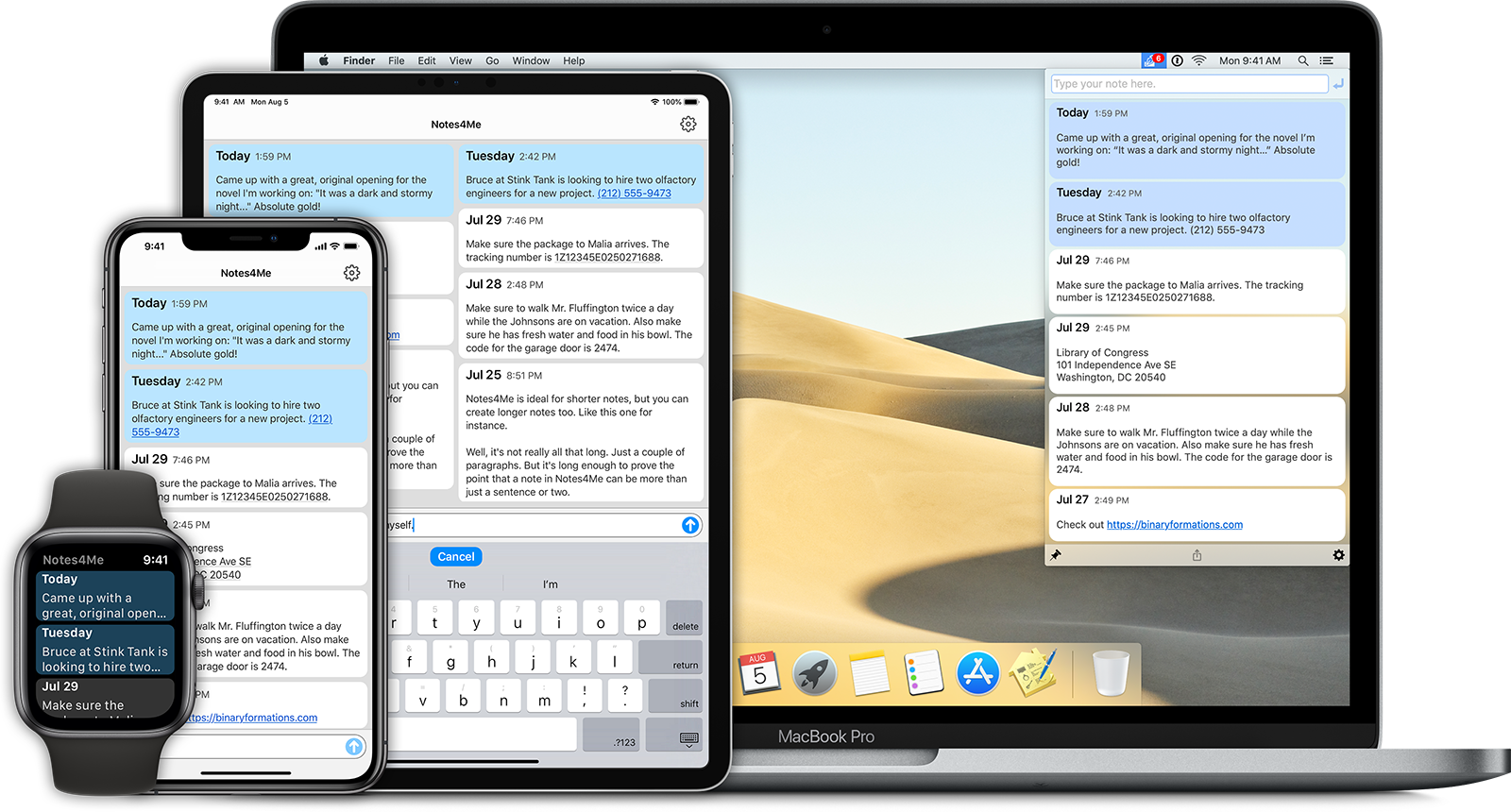 We are happy to announce the release of version 2 of Notes4Me today. Notes4Me started out as an internal project that we used to keep track of those little “notes to self” that kept popping up throughout the day. We used it so much that we decided to release it publicly and the response has been incredibly positive.

Version 2 brings a lot of new features and improvements, while keeping a streamlined user interface that focuses on creating and viewing short, simple notes with as little overhead as possible.

On iOS, we reworked the look of the user interface, notes appear in two columns on the iPad to make better use of the larger screen, and we’ve added support for drag and drop as well. There is a new Today View widget for viewing notes outside of the Notes4Me, a companion app for the Apple Watch so you can view your notes on your wrist, and a lot more.

On the Mac, we’ve also redesigned the look of the app, added support for Mojave’s Dark Mode and Accent Colors, and added more drag and drop support,  among other changes.